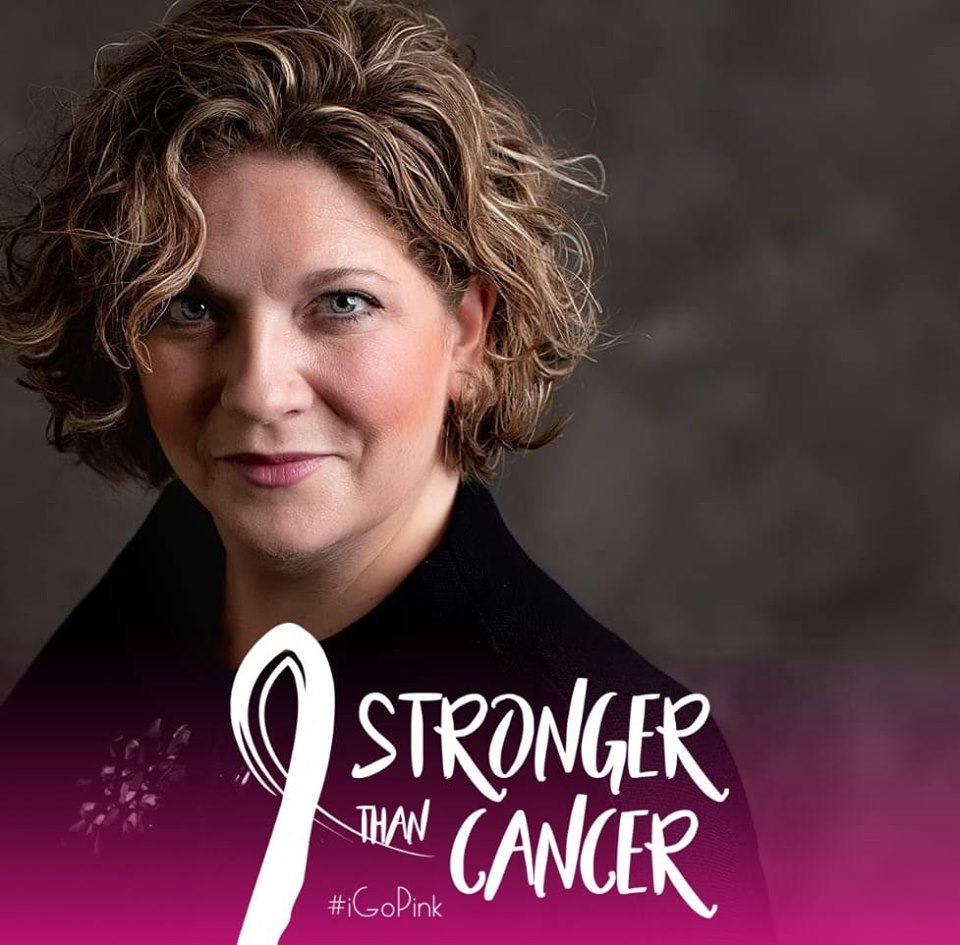 In honor of Breast Cancer Awareness Month, we would like to share a story from Brooke Scarbrough, an inspiring member of our Lincoln family.

My journey began in October of 2017. I was 40 and hadn’t yet had a mammogram, and I didn’t carry the genetic gene. I was scheduled in June 2017 for my first mammogram and I had to leave the appointment without being seen as they were running behind, so I just kept putting it off and didn’t reschedule it.

I was in Richmond for a regional Lincoln Charities event and felt this pain in my left chest. I honestly thought it was my heart at the time. Our family was going through a stressful time as my father in law was diagnosed in June with Stage 4 cancer and it hit our family hard. I made an appointment with my PCM while my husband was out of town visiting his father. I didn’t say anything to anyone.

I recall laying on the exam table and overhearing my PCM tell his nurses on the other side of the door, “schedule a mammogram stat.” It was at that moment I got nervous and realized something bigger than I imagined was going on. The very next day I was scheduled for a mammogram. After my exam, the nurse said, “the doctor would like you to do an ultrasound today also.” Once the radiation doctor came in and showed me the films I couldn’t believe what I was seeing — it was massive. And there were two. I had a baseball-sized tumor attached to my chest wall and a smaller one on the other side. All I could think about was how was I going to tell my husband, he was just about to lose his father.

The biopsy confirmed what we thought and I was diagnosed on November 9th with Stage 2b cancer.  The next month was a whirlwind. I had surgery to get my chemo port in, met my oncologist, and scheduled 16 chemo treatments. I had one treatment every Wednesday for 16 weeks followed by a double mastectomy and then 33 days straight of radiation.  My husband and I counted down the treatments with a photo representing how many we had accomplished and the final one was a 0, for none left!

On June 24th, 2019 I finished my “last” reconstructive surgery. I am excited to say that this October I have officially been in remission for one year. Throughout my entire journey, I had so much support such as friends that were there for appointments and brought meals as well as co-workers who set up a surprise at lunch and had shirts made.  I know I wouldn’t have been as strong if it wasn’t for the support I received daily.

Sadly my father in law lost his battle in November 2017 and during my journey, we have had three more family members get diagnosed. Cancer hasn’t gone away for us and we are reminded of it every day.

I am so very thankful for the support that Lincoln provided during my journey. I continued to work full time and was supported every step of the way. I am forever grateful for this and truly feel if I was anywhere else I would have had to stop working. I believe being able to work was exactly what I needed to feel “normal” during this journey.

My advice to everyone out there is to listen to your body. Rest when you need to rest and when you know something isn’t right, get it checked out — don’t wait on you!!!  You won’t be any good to anyone else if you don’t take care of you first.